A tree growing to about 40 m tall with a distinctive nodding leading shoot and side branches that are slightly pendulous at the tips. Young shoots pale brown, scurfy at first. Leaves 3-5 cm long. Male and female cones on diffferent or same trees. In Victoria most trees are male, some entirely female and a few with both sexes on the same tree. Male cones erect, cylindrical mostly 5-7cm long, shed early May. Female cones barrel-shaped, 8-12 cm long, 5-6 cm wide, splitting up early May.

Grows naturally in Himalaya mostly at alt. c. 1700-3000 m. This is one of the most widely planted ornamental conifers in spite of its large eventual size: it forms a feature of many private and public gardens. 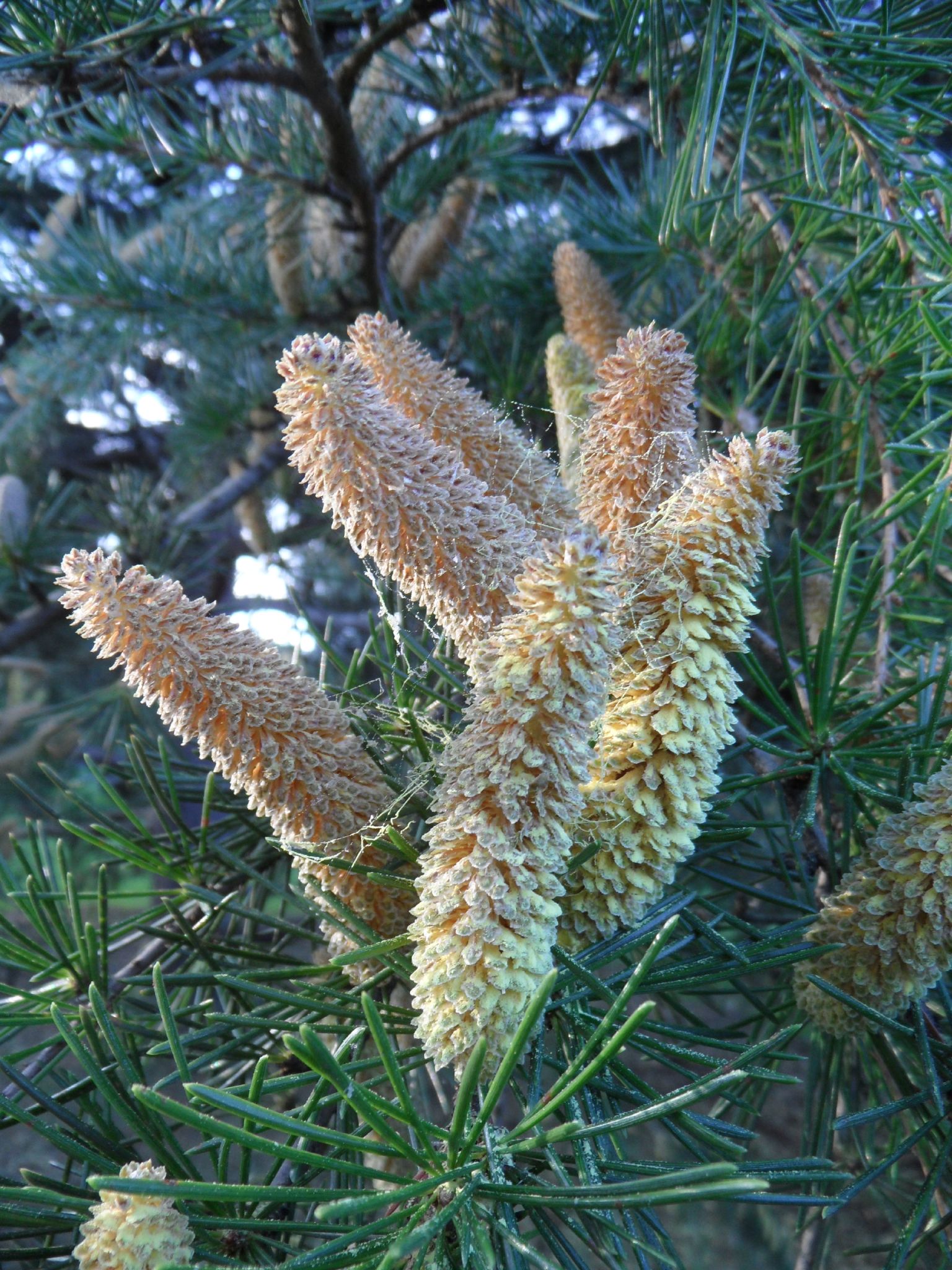 Slow-growing, upright, round with creamy-white foliage. Raised from seed and introduced by Floravista Gds, Victoria, BC, Canada.

Also known as 'Vink's Gold Prostrate' is prostrate with the occasional upright shoot; foliage golden. Discovered as a seedling by Peter Vink c. 1975.

Irregular, compact, with a slight yellow tinge to the foliage, growing about 1.5 m in 10 years. Found in 1980s by Gordon Wilton as a witch's broom in the Blue Mountains west of Sydney and introduced by Milton's Nsy, Wentworth Falls, New South Wales.

Weeping bush with thin branches; grows about half a metre in 10 years. Found as a witch's broom in Upper Sturt, South Australia by Peter Traverna in 1978.

Semi-dwarf, forming a mound of white foliage. Raised from seed and introduced by Floravista Gds, Victoria, BC, Canada.

Small bush of white foliage greening in the centre. Raised from seed and introduced by Floravista Gds, Victoria, BC, Canada.