Greek makros - large, zamiae - palm-like: or azaniae - pine cones; referring to the similarity of the cones of this genus to those of pine trees.

Trunks palm-like often extremely broad, sometimes underground. Leaves often twisting on their axis. Leaflets joined on the midline of the leaf midrib, the base coloured and swollen at the junction with the midrib. Lowermost leaflets on the leaf are sometimes spiny. Male and female plants separate. Cones stalked; scales with erect spines. Male cones cylindrical, often bent when old. Female cones more or less cylindrical; scales with 2 ovules. Seeds about 3 cm long, attached to the scale, red or orange when mature.

Grows naturally on poor soils. Most parts are toxic to stock, particularly the new growth after fire. Macrozamia communis is the most commonly cultivated species and is described below. In view of their increasing popularity a key to species offered in the nursery trade in warmer districts is given, but without descriptions.

Fronds often with a twist; leaflets joined on the midline of the midrib and with a swollen, coloured area at the base; cones with erect spines; cf. Lepidozamia.

Key to the species of Macrozamia 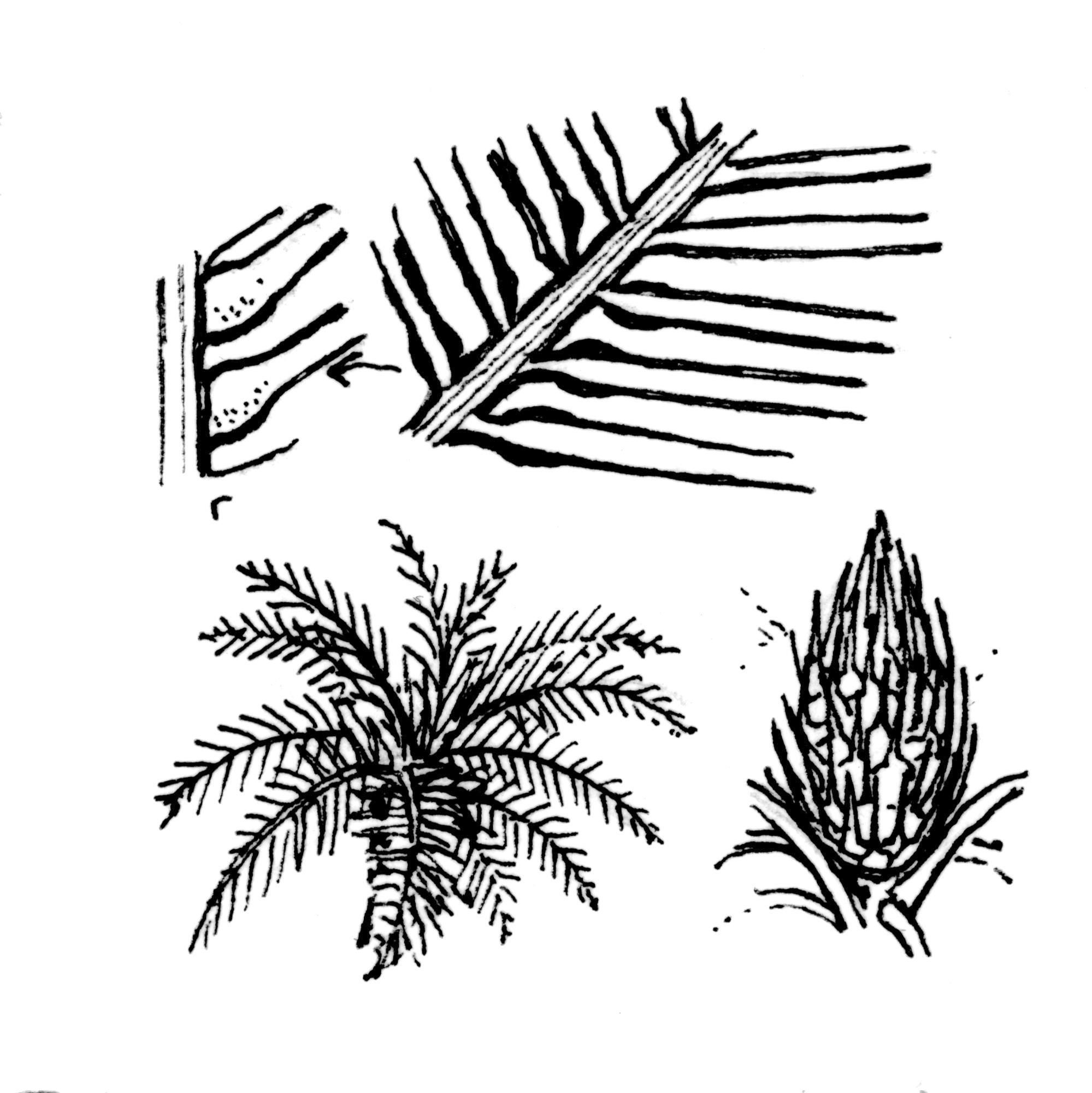