Greek kibotos - a small box; referring to the appearance of the sori.

Attractive tree ferns that are occasionally available in the nursery trade.

11 species from NE India to Borneo, also Mexico and N Central America with a centre of distribution in Hawaii (6 species).

In Hawaii the fronds are eaten for their starchy pith.

Outer indusium set apart from its segment; frond blades drooping and not narrowed at the base like the stiffer fronds of Dicksonia, also the limp, soft hairs on the trunk and stalks contrast with the stiffer bristly hairs of Dicksonia.

Key to the species of Cibotium 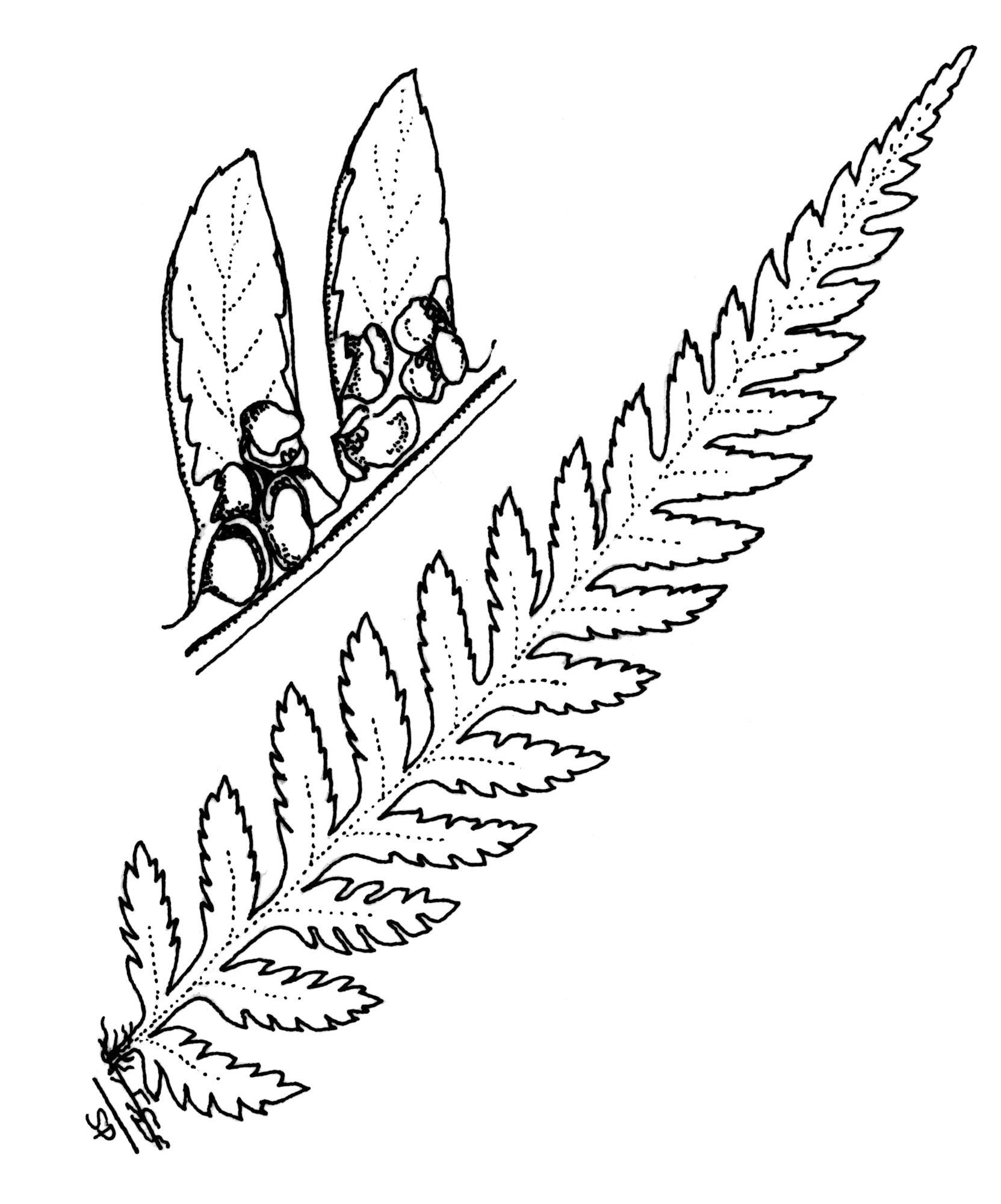