Greek skyphos - little cup, referring to the shape of the indusium.

Similar to Davallia, where it is often placed, the differences described below. 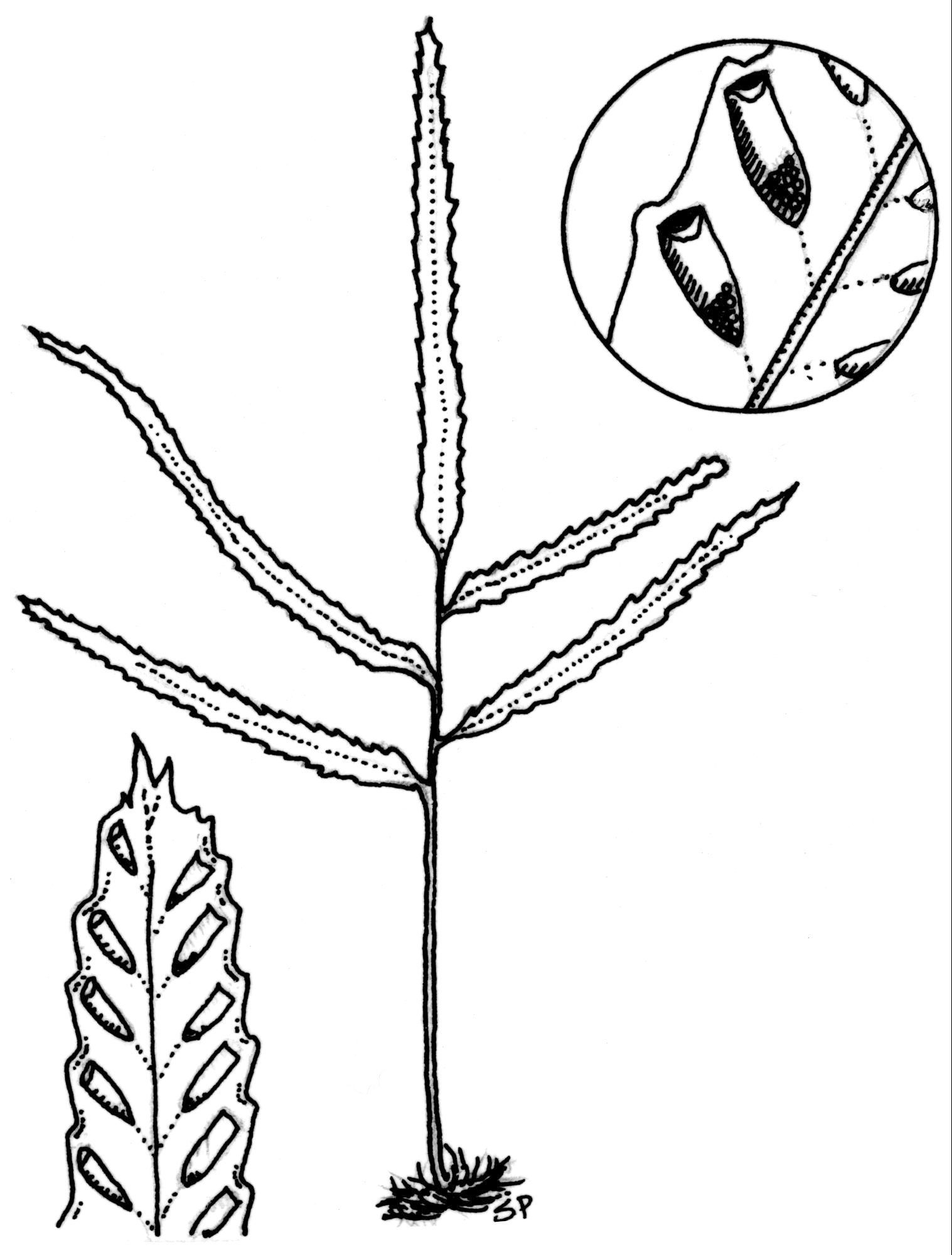