Rhizomes short, erect, spreading by wiry stolons which have fleshy spherical tubers. Blade once-divided (more times in some cultivars) more or less linear in outline, mostly 50-70 cm long but variable, pale green; stalks and midribs pale brown, easily snapped. Segments to about 5 cm long and up to 1 cm wide, sometimes with a few scales and, at the base, a small lobe facing towards the tip of the frond; midrib in lower part of segment; margins toothed or lobed. Indusia kidney-shaped or crescent-shaped, opening towards the tip of the segment. 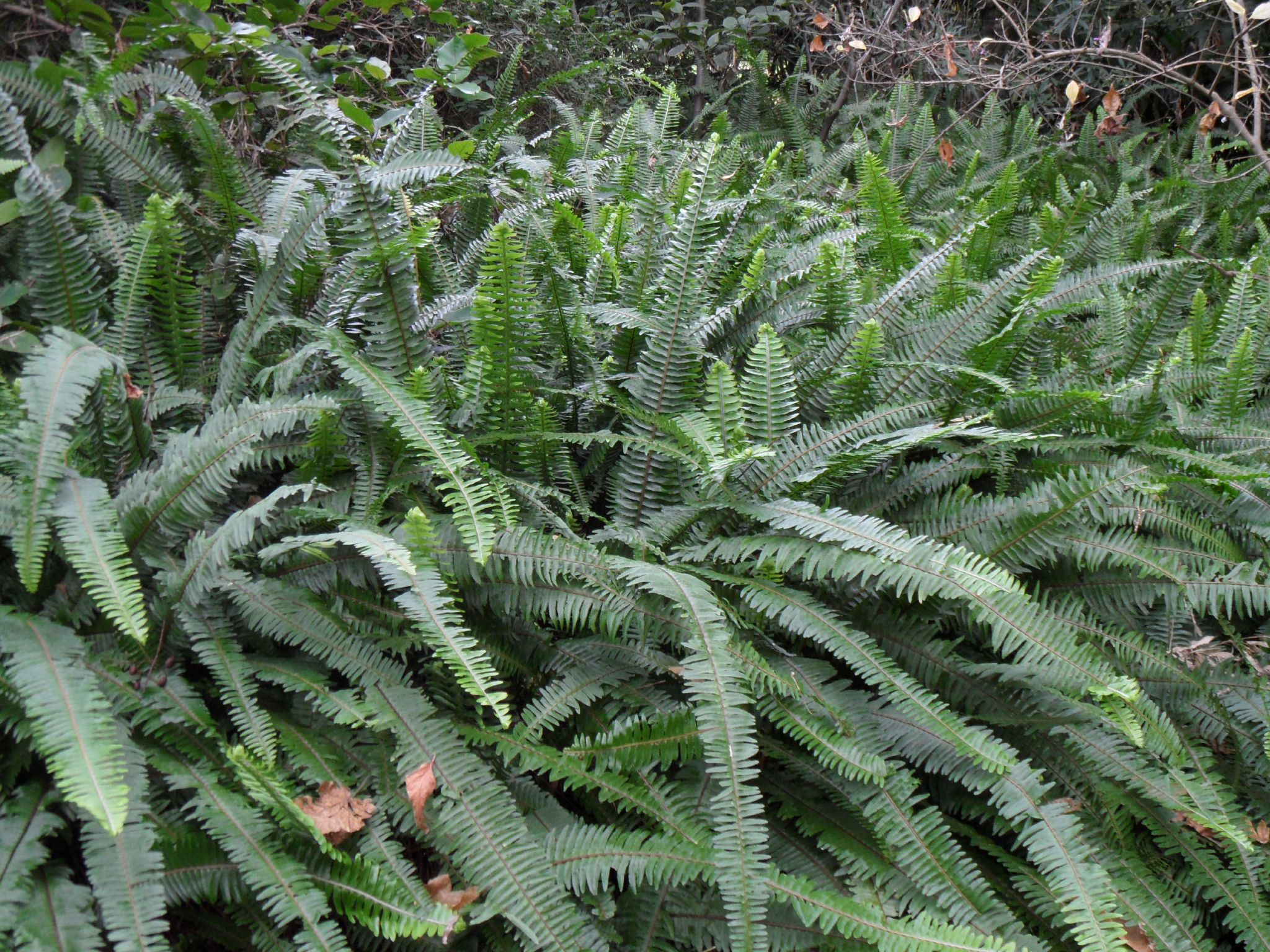