Latin humus - soil; in reference to the terrestrial rather than epiphytic habit of these ferns

.Rhizome long-creeping, thin, covered with scales, fronds well separated. Sterile and fertile fronds similar. Blade undivided to 3 times divided, leathery, hairless; veins free. Stalk jointed to rhizome, grooved above. Sori round, at the tips of the veins. Indusia attached at the base (rarely by sides too).

c. 40 species mostly from the Asian tropics (2 species in Australia).

A genus doubtfully distinct from Davallia.

Very similar to Davallia except that they are generally smaller plants and their roundish indusia are attached basally.

Key to the species of Humata 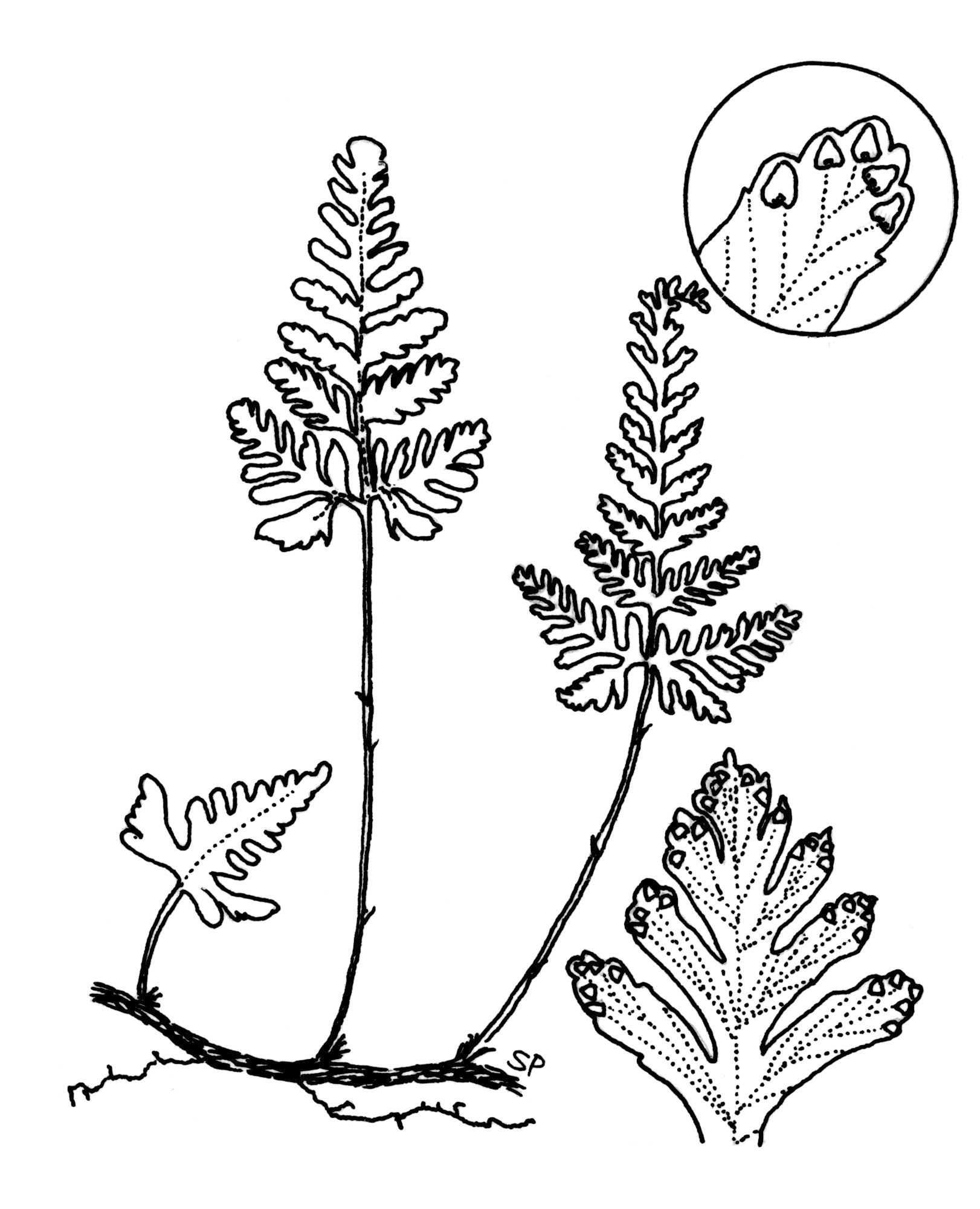