Mostly robust plants often superficially like giant mosses that are erect, prostrate or pendulous and sometimes possess a tuber. Leaves small, undivided, often scale-like with a single central vein and without the ligule characteristic of the selaginellas, spirally arranged or in whorls or four rows. Fertile leaves sometimes different from the infertile ones or arranged into cone-like structures. Sporangia solitary in axils of fertile leaves with 2 kidney-shaped valves. Spores of one kind (homosporous).

In nature the clubmosses are often terrestrial, but may grow on other plants or rocks. Some species formerly in the genus Lycopodium have recently been placed in the genera Diphasiastrum, Huperzia and Lycopodiella.

4 genera, c. 450 species cosmopolitan but mostly tropical and southern temperate (Australia has 4 genera and 19 species represented in all states especially Qld and Tas.).

Leaves without a ligule; spores all of the same size. 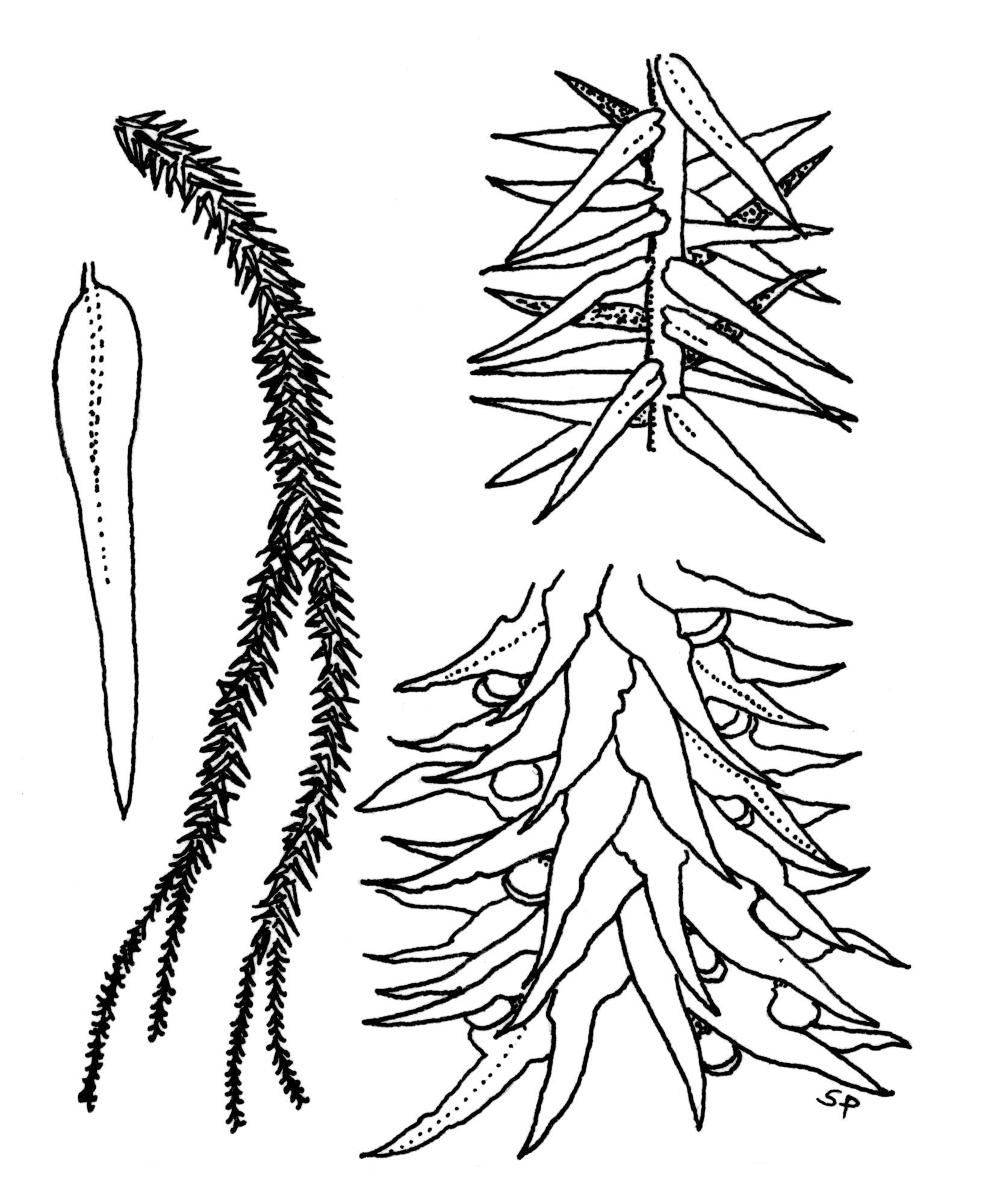