Recent research suggests that there are close affinities between this family and Cyperaceae.

Species of Juncus are used for craft products such as basketry and matting and as a source of fibre.

Superficially similar to grasses and sedges but differing in vegetative, floral and fruit characters. The fruit is a loculicidal capsule (an achene in sedges, caryopsis in grasses), the flower of 6 papery tepals (absent or of bristles or scales in sedges and reduced to 2(3) lodicules in grasses). Rushes generally have cylindrical stems filled with pith and cylindrical leaves that rarely have ligules.

7 genera and 430 species from damp habitats mostly temperate and often montane. Australia has 2 genera and about 83 species.

Key to the genera of Juncaceae 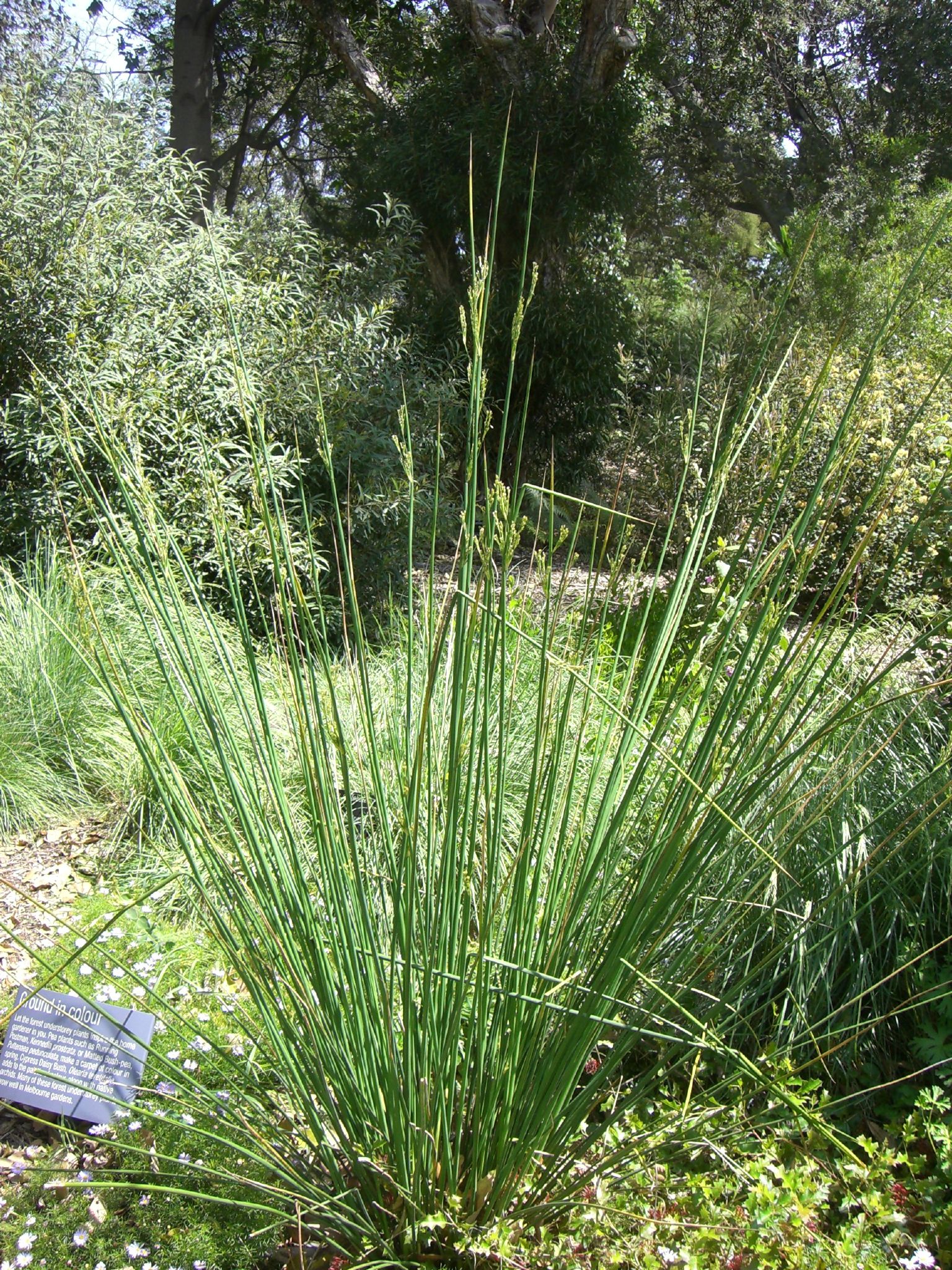