Perennial, rhizomatous, bulbous (or occasionally tuberous) herbs. Leaves mostly basal, folded over one another near the sheathing base, the veins longitudinal; stipules absent. Inflorescence a raceme, panicle or cyme(s), rarely solitary. Flowers mostly bisexual, regular, 3-parted.Tepals 6 in 1 or 2 whorls, free or united at the base into a tube. Stamens 3 or 6, the filamens free or joined to the perianth tube.ovary mostly inferior with 3 chambers, each chamber with 1-many ovules with axile placentation. Fruit a loculicidal capsule, sometimes nut-like.

Grown mainly as the attractive and colourfully flowered Kangaroo Paws in the genus Anigozanthos. Species of Conostylis are also occasionally grown.

Cut flowers for floristry; Lachnanthes is the source of dye.

Generally with a red pigment in the roots and rhizomes.

14 genera and 100 species from tropical and North America, South Africa and Malesia with a centre of distribution in Australia (7 genera and 84 species, mostly from SW Western Australia).

Key to the genera of Haemodoraceae 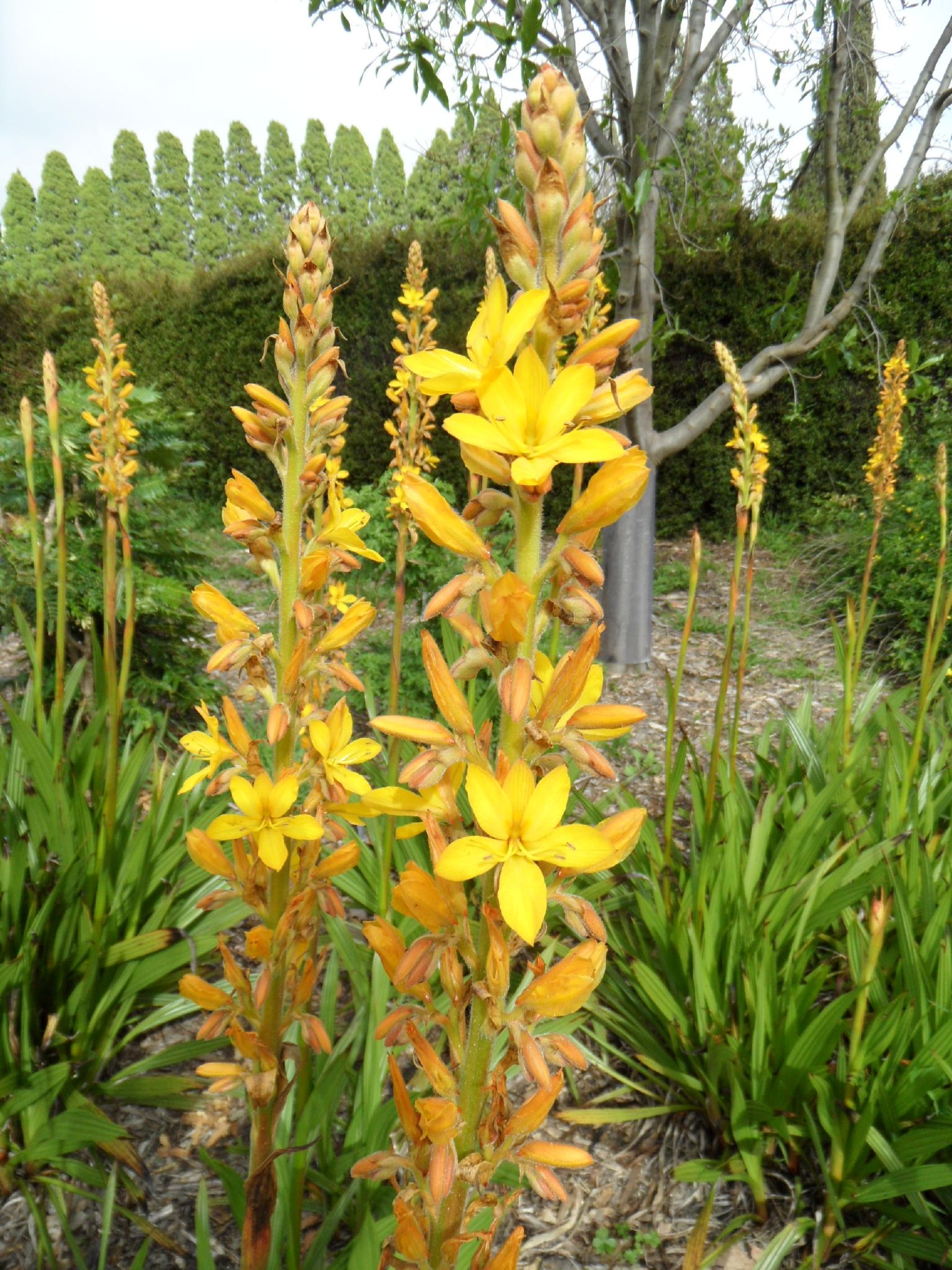