Perennial (rarely annual) rhizomatous or tufted grass- or rush-like herbs occasionally with tubers. Stems mostly triangular in section (rarely round) and solid. Leaves alternate, spiraling and 3-ranked, generally with a closed sheath and long, narrow, grass-like blade with or without a ligule (cf. Poaceae), sometimes reduced. Flowers (florets) usually unisexual with both sexes on the same plant, small, simple or compound, the florets in turn arranged into spikes emerging from the axils of the leaves, rarely solitary and terminal. Ovary superior with 1 chamber containing 1 ovule. Fruit a nut.

This family is not very well represented in horticulture. A few species are grown as semiaquatic plants by pools and lakes or in hanging baskets. Several are widespread wayside weeds including C. rotundus, Nutgrass (Purple Nutsedge), which has tubers that are very difficult to eradicate; it is sometimes known as the world's worst weed, but there is also C. eragrostis, Umbrella Grass. Other species are used in revegetation projects and included in this group would be: Baumea articulata and B. juncea; Bolboschoenus spp.; Caustis flexuosa, Curly Wig, which has ornamental curly stems that are sometimes used in floristry; Chorizandra enodis, Black Bristle Rush; Eleocharis sphacelata,Tall Spike-rush, also Eriophorum angustifolium, Cotton Grass, whose female flowers release cottony filaments to assist fruit dispersal; the tussock-forming Gahnia sieberiana, Red-fruit Saw Sedge which grows naturally in most states and forming clumps to 2.5 m tall; Lepidosperma spp., Sword-sedges; Schoenoplectus tabernaemontani, River Club Rush, is a rhizomatous perennial to 2 m tall.

Though similar to Poaceae sedges are poor fodder for animals and economically unimportant. A few species are used as a source of thatch or craft materials, Cyperus (Cyperus papyrus is the ancient Egyptian source of parchment) and Lepidosperma have been used as a source of paper; some species of Cyperus and Elaeocharis (Water Chestnut) are grown for their edible starchy tubers.

It is important to distinguish between the grass family Poaceae, the sedge family Cyperaceae, and the rush families Juncaceae and Restionaceae, all of which have members with grass-like leaves. The sedges, Cyperaceae, have stems that are generally 3- angled and solid, the leaf sheaths closed, stems without nodes, florets subtended by a single bract (not 2 as in Poaceae), and achene fruits, while the rushes, Juncaceae, have open leaf sheaths, stems without nodes, a 1-3 chambered loculicidal capsular fruit containing 3-many seeds and generally 6 perianth segments (Poaceae has open leaf sheaths with ligules, stems with nodes, single-seeded fruits (grains) and insignificant perianth segments, lodicules, hidden by the lemma and palea).The Restionaceae has wiry stems and leaves highly reduced and with open (unfused) sheaths

About 98 genera and 4350 species, cosmopolitan but mostly temperate. Australia has about 45 genera and 650 species. 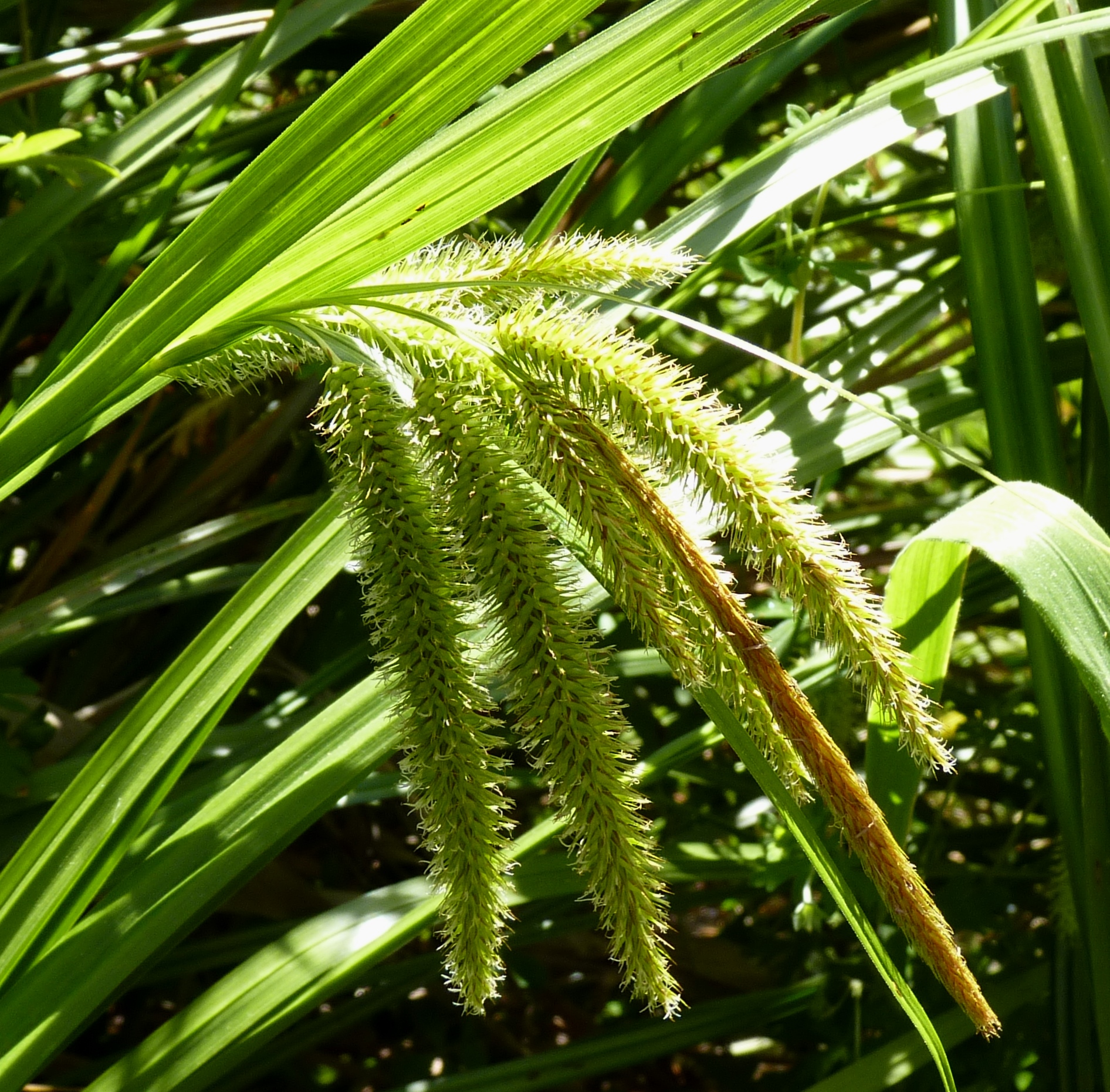