Aquatic sometimes annual free-floating, rhizomatous or stoloniferous herbs. Leaves in basal rosettes, distichous or alternate, usually with a basal sheath; blades with parallel, curved, converging veins. Flower clusters in spikes, racemes or panicles, occasionally flowers solitary. Flowers bisexual, regular or irregular. Perianth segments 6 in 2 whorls of 3, petal-like and united at the base. Stamens in 2 whorls of 3, or one whorl and a whorl of sterile stamens. attached to the perianth tube. Ovary superior. Carpels 3, united and with 3 chambers or 1 chamber. Fruit a loculicidal capsule (a nut in Pontederia).

Eichhornia crassipes (Mart.) Solms, Water Hyacinth, is from South America and is a devastating water weed world-wide, occurring in all states of Australia, rapidly choking nutrient-rich static or slow-moving water bodies by the production of daughter plants on stolons; flowering in summer. It has blades that are generally almost round with stalks that are usually broad and inflated. A declared noxious weed in most states. Heteranthera species are occasionally grown as aquarium plants. These weedy genera are not described in detail and should not be cultivated.

Attempts have been made to use Eichhornia crassipes for mulch, compost, feed, fibre and as a source of gas. In India Monochoria is used medicinally for asthma and toothache and in SE Asia the leaves are eaten. Pontederia has edible fruit.

6 genera and 32 species from tropical to temperate regions with a centre of diversity in North America. Australia has 3 genera and 6 species.

Key to the genera of Pontederiaceae 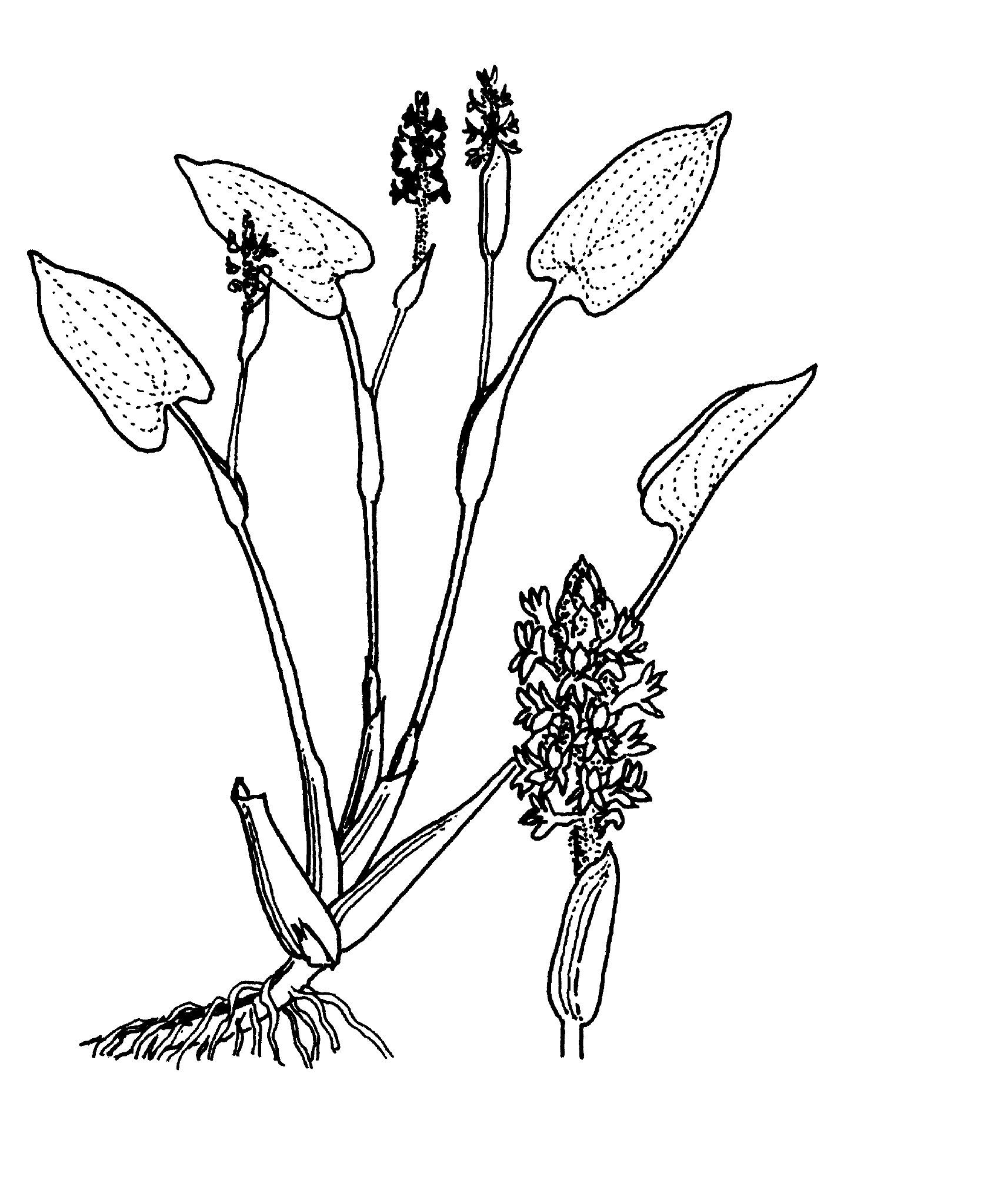