Calceolariaceae are herbs or shrubs usually with opposite, serrate leaves. Flowers are 4-merous, usually with two stamens, no nectary, and often a strongly saccate lower lip with pads of hairs forming oil-secreting glands on the inside of the lip. 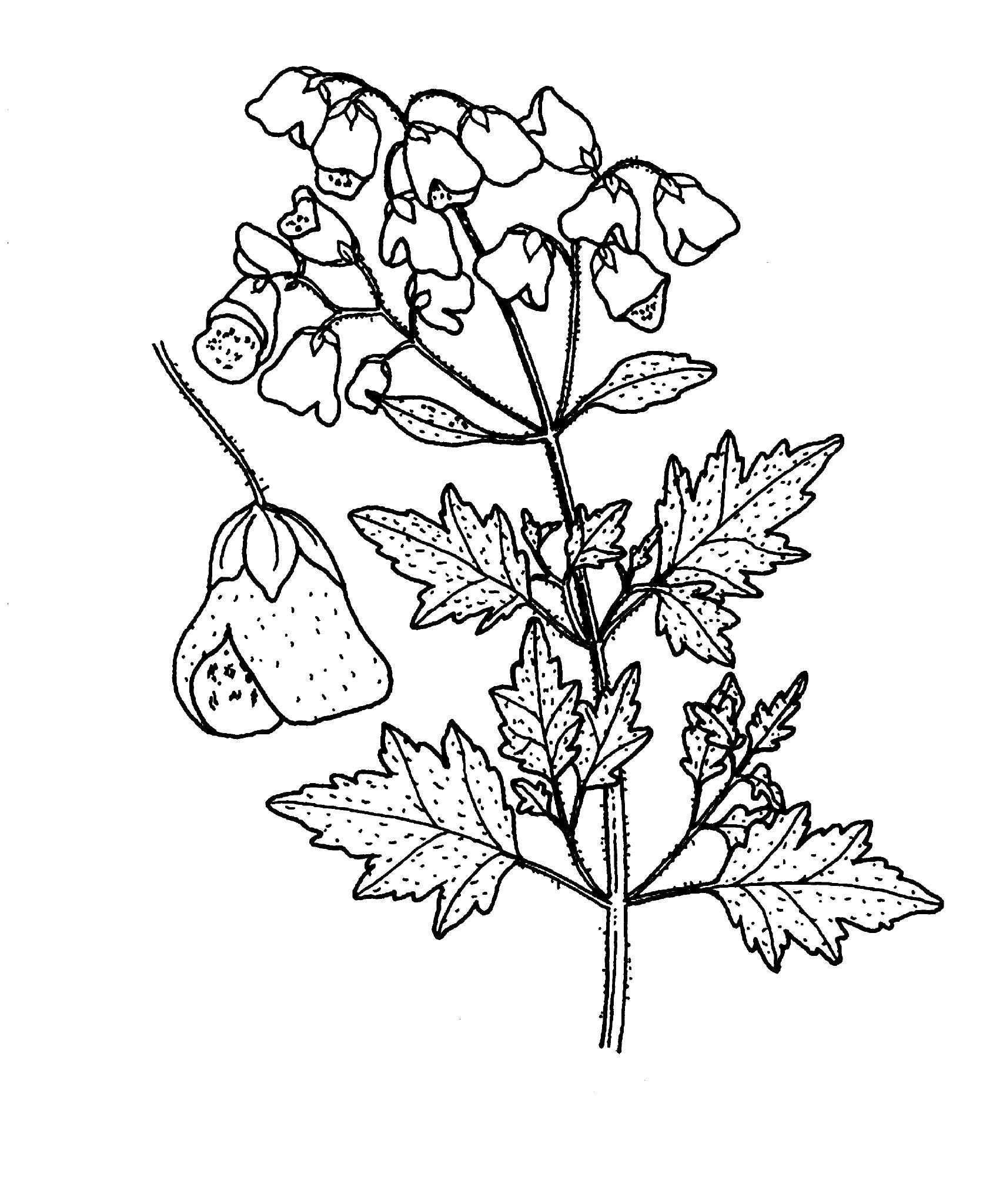