Other specimens with cylindrical flower heads include: A. aulacocarpa Benth., Brown Salwood (Hickory Wattle, Brush Ironbark Wattle), from WA, Qld, NT and NSW which has fruit pods with unusual prominent veins; A. doratoxylon A. Cunn., Currawong (Lancewood), from NSW and Vic which has all veins separate, not reticulate in the 3-8 mm wide phyllodes; and A. denticulosa F. Muell. from WA which has large leaves with prickly edges and flowers in long cylindrical spikes. 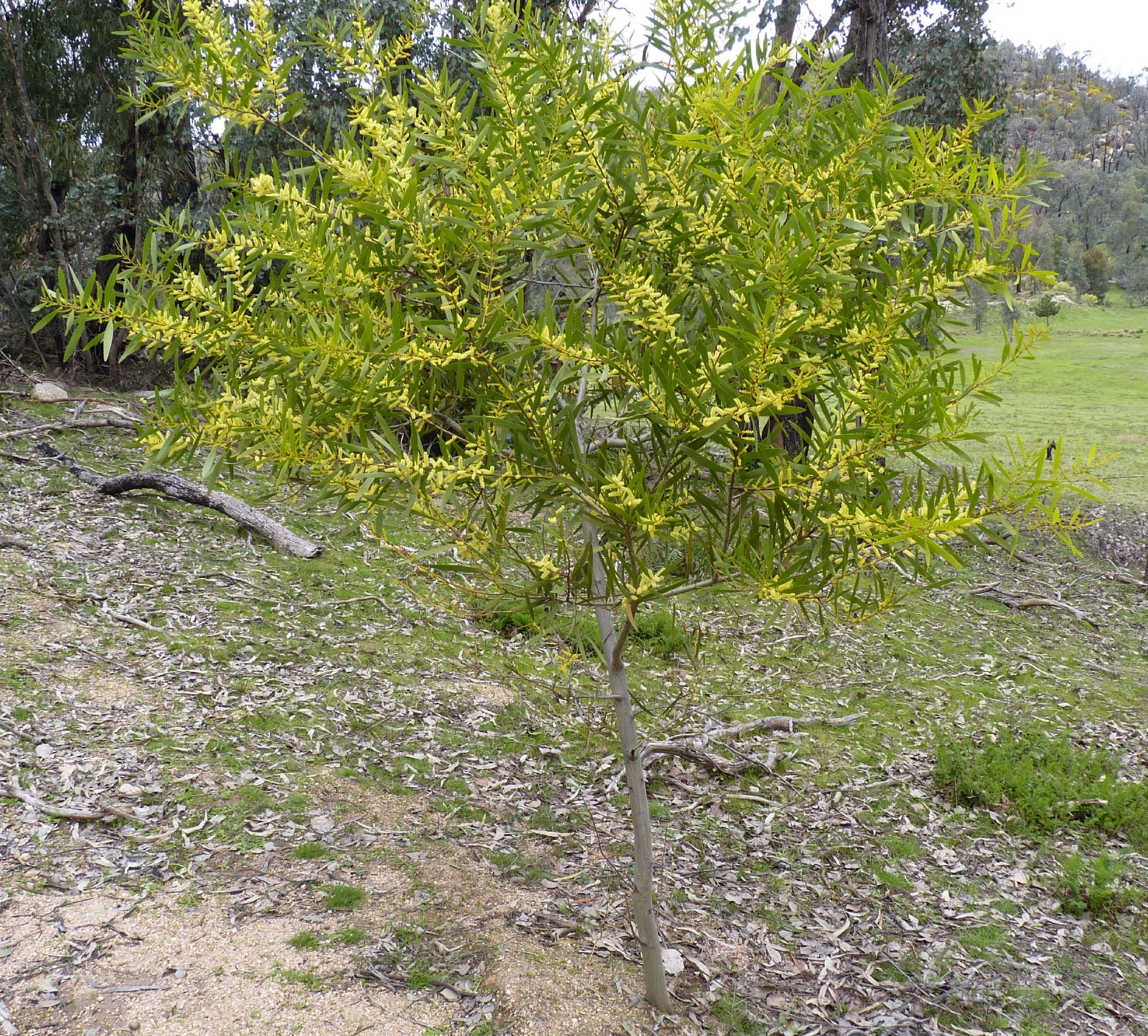