Annual or perennial herbs or occasionally shrubs, sometimes with swollen stems and often with aromatic oils contained in glandular hairs. Leaves alternate, occasionally opposite, simple and generally toothed or lobed, sometimes compound and pinnate or palmate; stipules mostly present. Flowers mostly bisexual and regular (irregular in Pelargonium), solitary and axillary or clustered and terminal. Sepals 5, separate or partly united, rarely 4 (in Pelargonium the sepal nearest the axis is prolonged to form a spurred nectary). Petals free,mostly 5. Stamens 5,10 or 15, often in 2 whorls of 5, some or all of those in the outer whorl sterile; filaments usually fused at the base.ovary superior, mostly with 5 chambers, each containing 2 ovules, placentation axile; style 1. Fruit a capsule or schizocarp,mostly of 5 1-seeded parts separating upwards from the central column of the style

A few species have become naturalised.

Two genera are grown by specialist collectors: first Monsonia, which is a genus of about 29 species (sometimes united with Sarcocaulon),most of which are found in Africa (see Venter 1979) and occasionally cultivated as M. angustifolia, M. brevirostrata, M. emarginata and M. speciosa; secondly, Sarcocaulon, a genus of about 14 species from southern Africa, referred to as Bushman's Candles because of the layer of resin on the stem which burns when ignited. They have fleshy and spiny stems (from the persistent hardened leaf stalks) and are sometimes found in cactus and succulent collections and specialist nurseries.

Pelargoniums are the source of the aromatic Geranium Oil.

Most parts have aromatic glandular hairs; stems often with jointed nodes; fruits with a narrow, beak-like structure at the tip.

14 genera and about 730 species,mostly temperate and subtropical with a few in the tropics.

Key to the genera of Geraniaceae 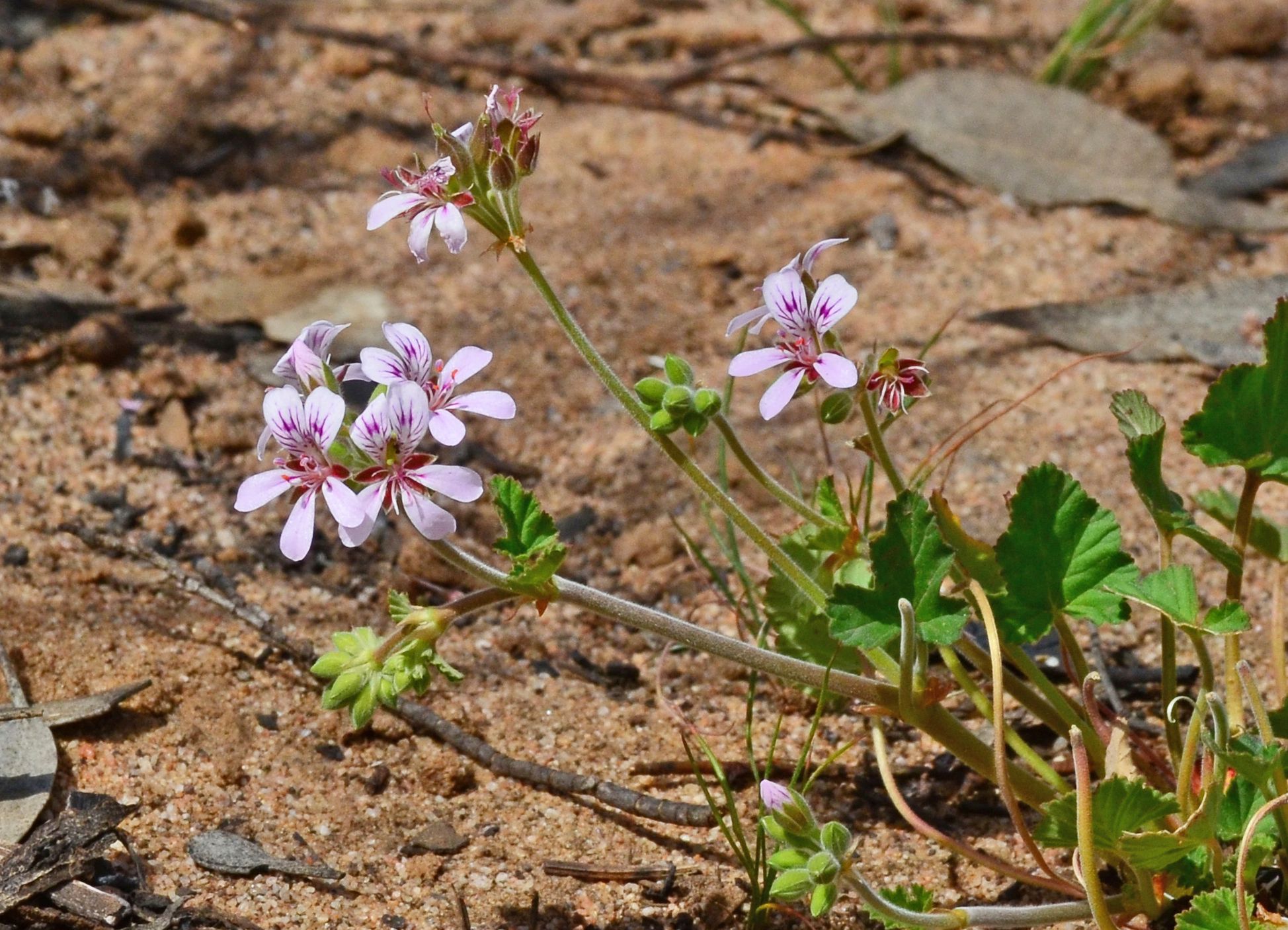