The most closely related families are the Luzuriagaceae, Philesiaceae (in the narrow sense) and Smilacaceae.

5 genera and about 200 species from C and S America; two Alstroemeria species are naturalised in Australia.

Although the roots of some species are edible, the family is mostly grown horticulturally for the flowers, both as pot and garden subjects and for the cut flower trade.

Flowers in heads of umbels of free-petalled, spotted flowers with inferior ovaries and the leaves twisted at the base inverting the blades.

Key to the genera of Alstroemeriaceae 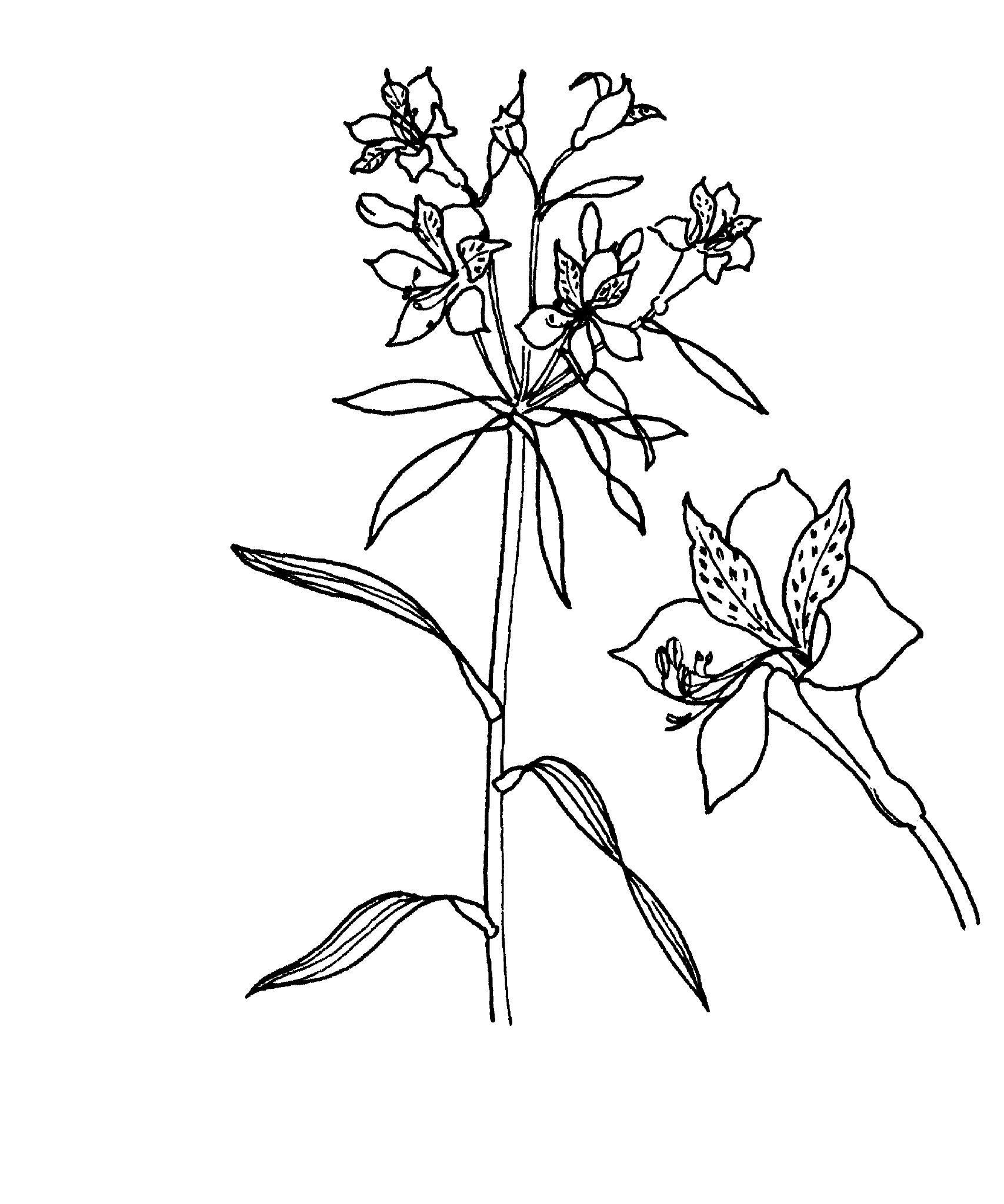