3 genera and about 210 species, predominantly in tropical and subtropical areas of the world; 1 genus and 4 species in Australia.

Putranjivaceae are trees to shrubs that may be recognised by their two-ranked, stipulate leaves which often taste peppery to some degree when fresh, or have a characteristic scent. They are apparently the only family outside the Brassicales known to produce glucosinolates (Rodman et al. 1998). The flowers are often in fasciles, and the fruit is usually a single-seeded drupe with persistent, dilated stigmas. 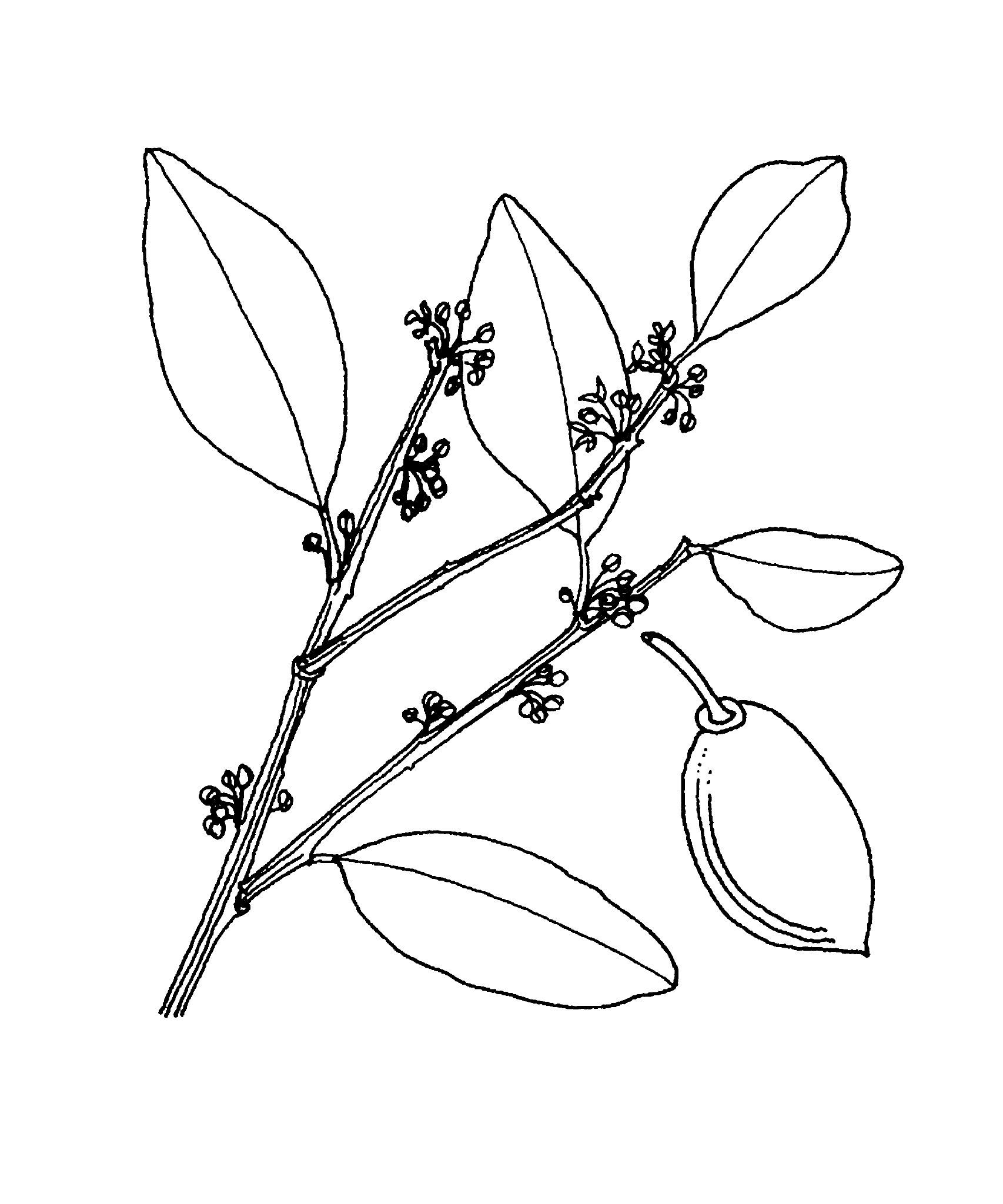