Deciduous or evergreen trees or shrubs often with star-shaped hairs (hand lens). Leaves alternate, simple and toothed or palmately lobed; stipules present. Flowers bisexual or unisexual (sexes on same or different plants), often in a spike or cluster and occasionally with coloured bracts. Sepals 4-5, fused together. Petals absent or 4-5 and free. Stamens 2 or more. The flowers are wind or insect pollinated. Carpels 2(3), united, at least at the base. Ovary superior or inferior with 2 chambers (each with 1 or more ovules) and 2 spreading styles. Fruit a hard, woody capsule.

The family is generally split into several subfamily groupings that may well be given familial status in the future. Although the precise relationships are uncertain it is now considered that ancestral Hamamelids gave rise to the Casuarinales (casuarinas), Urticales (nettle relatives including elms), and Fagales (oaks, beeches and relatives with catkins).

Rarely cultivated species are: Distylium racemosum Siebold & Zucc., Isu Tree from SW Japan where the wood is used for ornaments and furniture; and Sycopsis sinensis Oliv., a shrub or small tree from C & W China occasionally grown for the male flowers which have yellow filaments and reddish anthers.

A number of species are used for timber and resins, medicines and perfumery.

Trees or shrubs; flowers with 2 divergent styles and sometimes catkin-like.

About 28 genera and 100 species with a disjunct distribution from temperate and subtropical regions of the northern and southern hemispheres but with a centre of diversity in E Asia (Australia has 3 genera each with 1 species).

Key to the genera of Hamamelidaceae 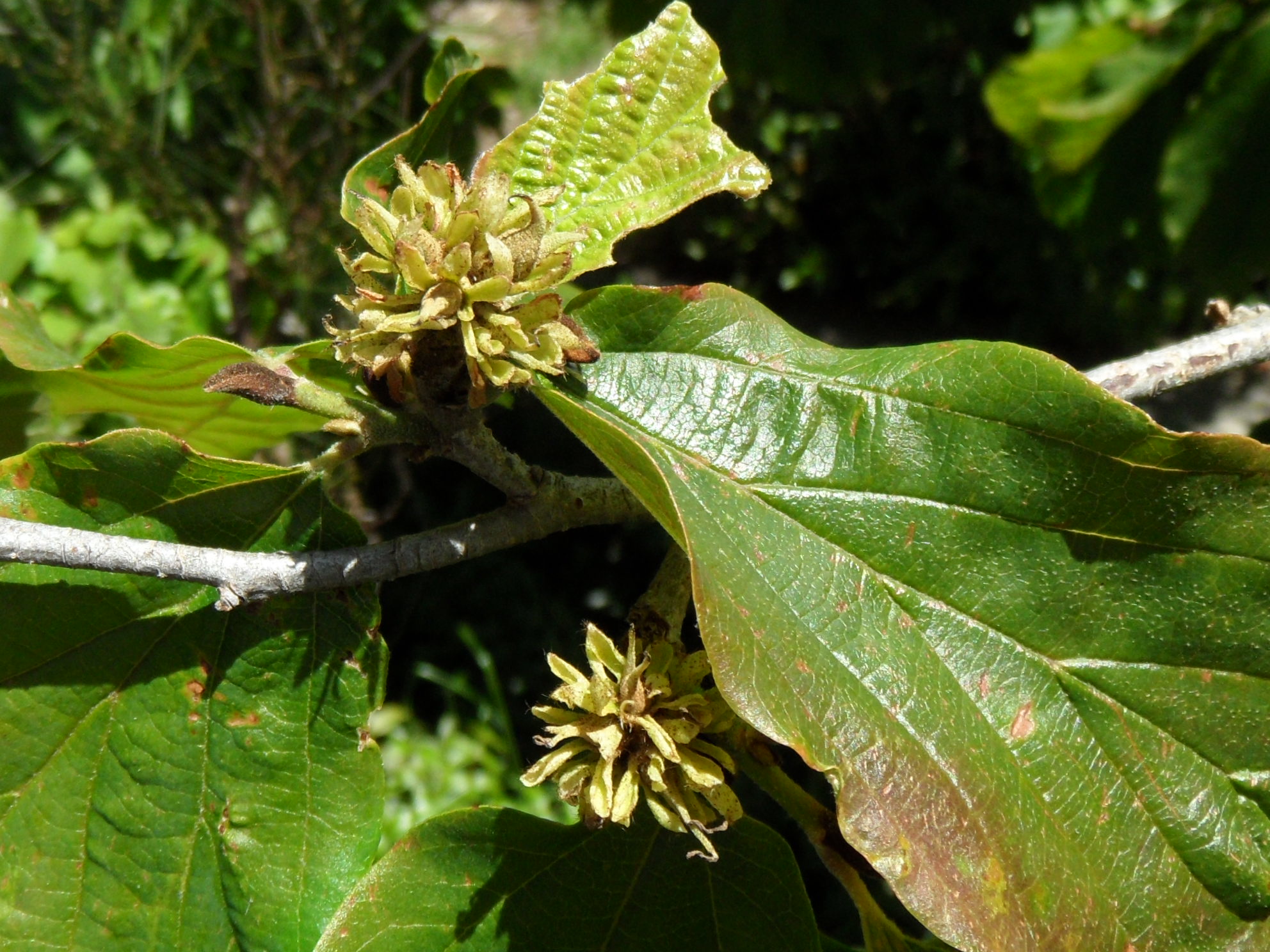