Perennial herbs with charcateristic rush-like habit and tufted or creeping rhizomes that are generally covered with scales. Stems (culms) cylindrical, angled or flattened sometimes branched, straight or bent in a zig-zag pattern, solid or hollow. Leaves reduced to scales (sometimes with a very small blade) that have a sheathing base that overlaps at least at the base. Male and female inflorescences same or different, the flowers usually in 1-many-flowered spikelets with overlapping glumes. Flowers small, regular, 2- or 3-parted, usually unisexual (a few bisexual or both sexes on the same plant) with the sexes on different plants. Perianth in 2 whorls with 3-6 tepals. Ovary superior with 1-3 chambers and styles, each chamber containing 1 ovule. Fruit a loculicidal capsule or small nut.

Members of this family, except for Tassel Rush, are not used very frequently as ornamental plants but may be included in revegetation programs. Less commonly cultivated genera include: Calorophus, Empodisma, Leptocarpus, Lepyrodia and Loxocarya.

A Southern Hemisphere family that is often a major component of nutrient-impoverished wet soils. Recent revision has resulted in a complete re-ordering of the family with many new genera and species.

Elegia capensis (Burm. f.) Schelpe, Broom Reed, from South Africa has been grown as an ornamental rush with colourful bracts and finely divided side branches. However, care is needed to avoid potential weeds when growing members of this family.

Various species used locally as a thatch, or for brooms etc.

About 55 genera and 500 species almost entirely from the Southern Hemisphere with centres of diversity in South Africa and SW Australia. Australia has about 34 genera and 144 species. 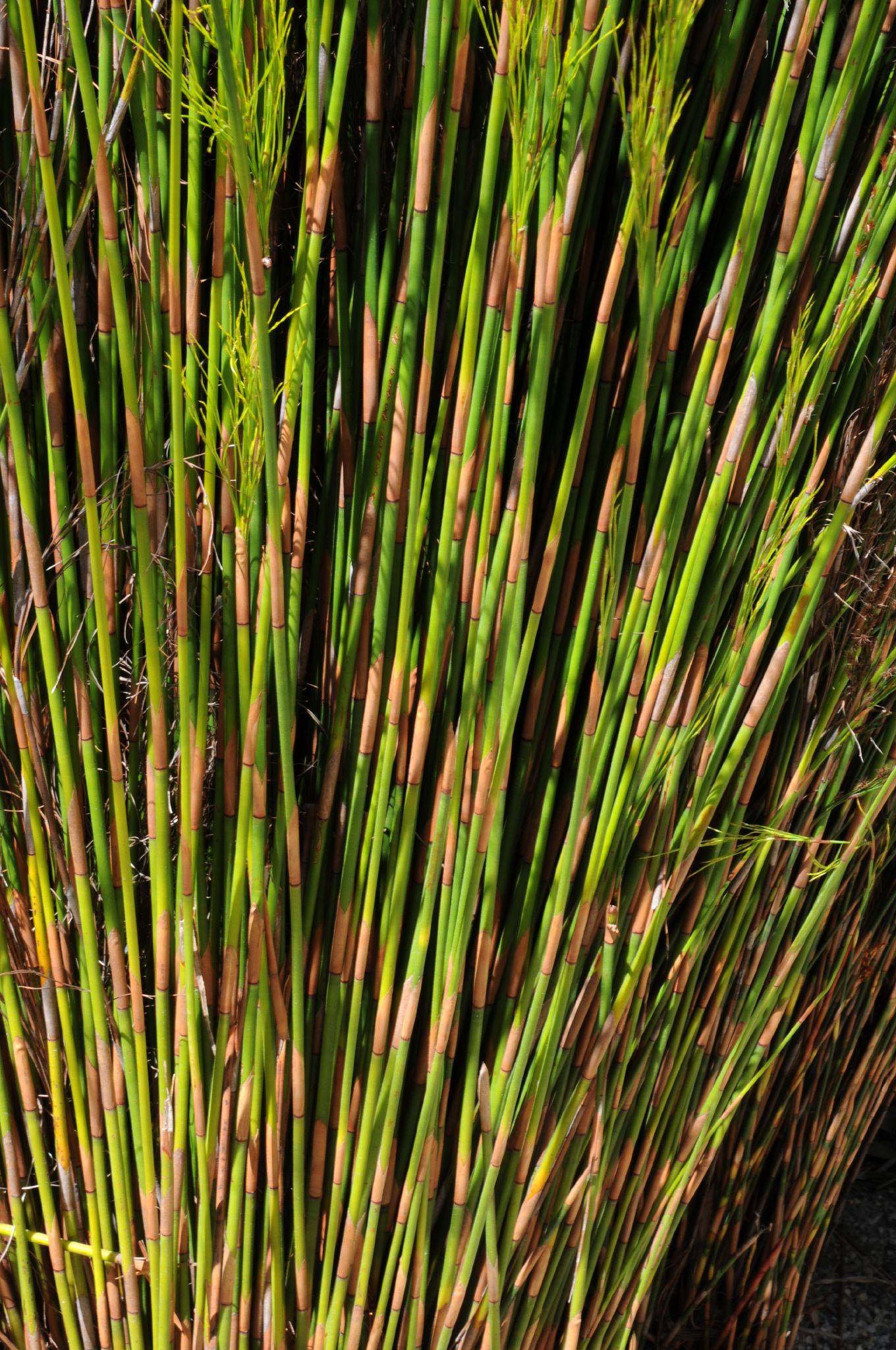