Annual or perennial herbs and subshrubs. Leaves opposite or whorled, simple, toothed or lobed; stipules absent. Flower clusters forming dense heads with basal bracts. Flowers bisexual or female, irregular, usually with a basal epicalyx of fused bracteoles that may form a corona. Calyx cup-like or of 4, 5 or many teeth or bristles. Corolla of 4-5 more or less equal, fused lobes or 2-lipped. Stamens 2 or 4, fused to the flower tube. Ovary inferior. Carpels 2, united, with 1 chamber containing a single ovule. Fruit a dry cypsela, surrounded by the epicalyx, sometimes with the persistent calyx on top and containing a single seed.

Floristry and the cloth industry.

Superficially similar to the Asteraceae or daisy family, but distinguished by stamens with free anthers protruding from the flowers, and fruits with surrounding bracts and tipped with the persistent calyx of bristles or teeth.

8 genera and 250 species from Europe to E Asia and C to S Africa with a centre of diversity in the Mediterranean region.

Key to the genera of Dipsacaceae 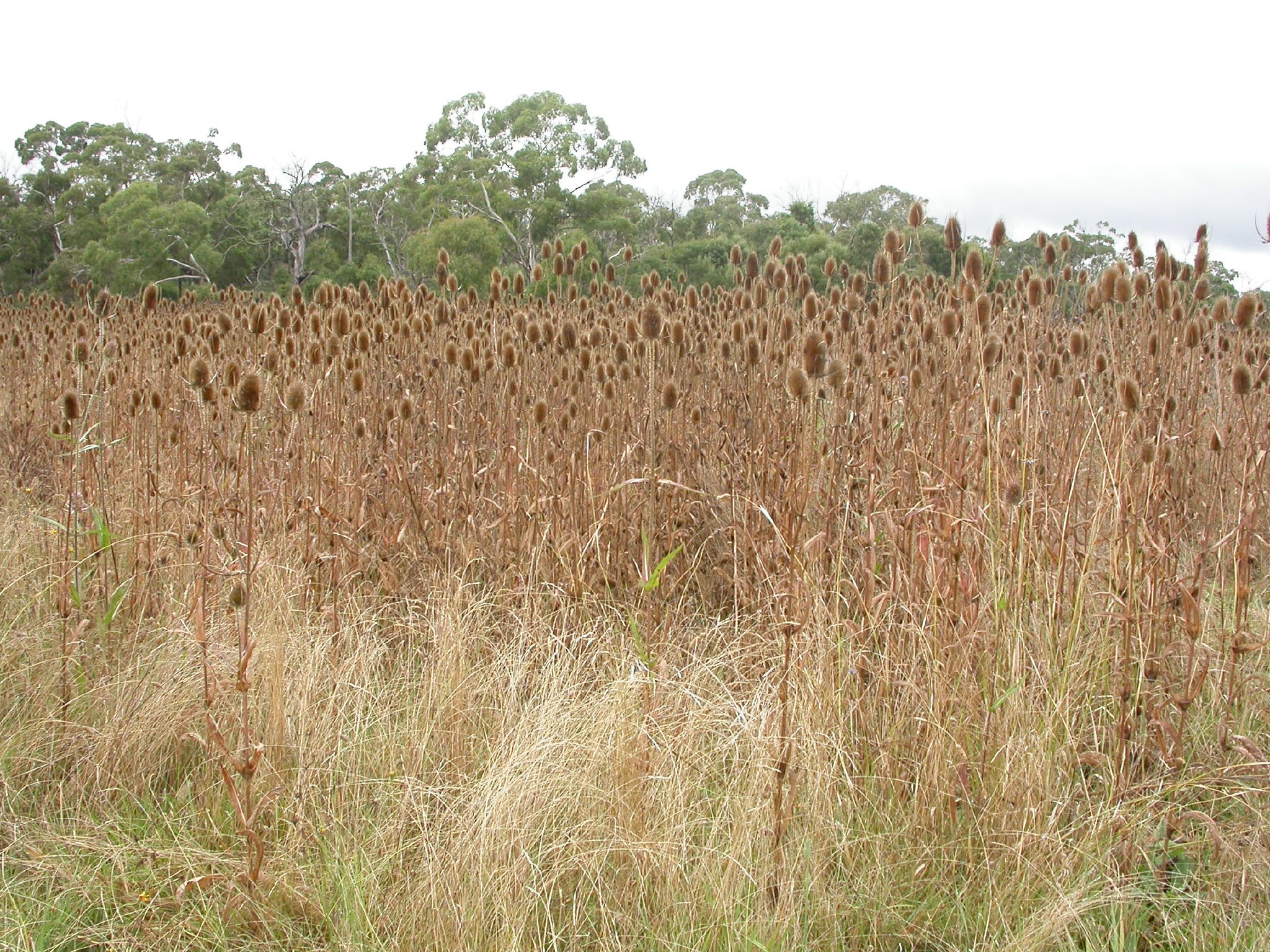