A monogeneric and monospecific family comprising the ancient species Ginkgo biloba, a rounded to conical tree growing to 30 m or so tall in nature but smaller in cultivation. Bark smooth, grey-brown. Buds small, pointed, with a few scales. Leaves deciduous, mostly clustered on spur-like short shoots, 6-10 cm broad, long-stalked and variously divided at the tip into two fan-like lobes with numerous parallel veins radiating from the base; bright yellow in autumn. There are separate male and female plants. Male catkins pendulous, to 5 cm or more long. Female fruit orange-yellow, plum-like, ovoid, surrounding 2 ovules (naked at first), one of which develops into a thin-shelled nut to 2 cm wide.

The only living populations grow naturally in China but it has also been long cultivated in Japan and these may also date back to cultivated plants. Fossils occur world-wide. 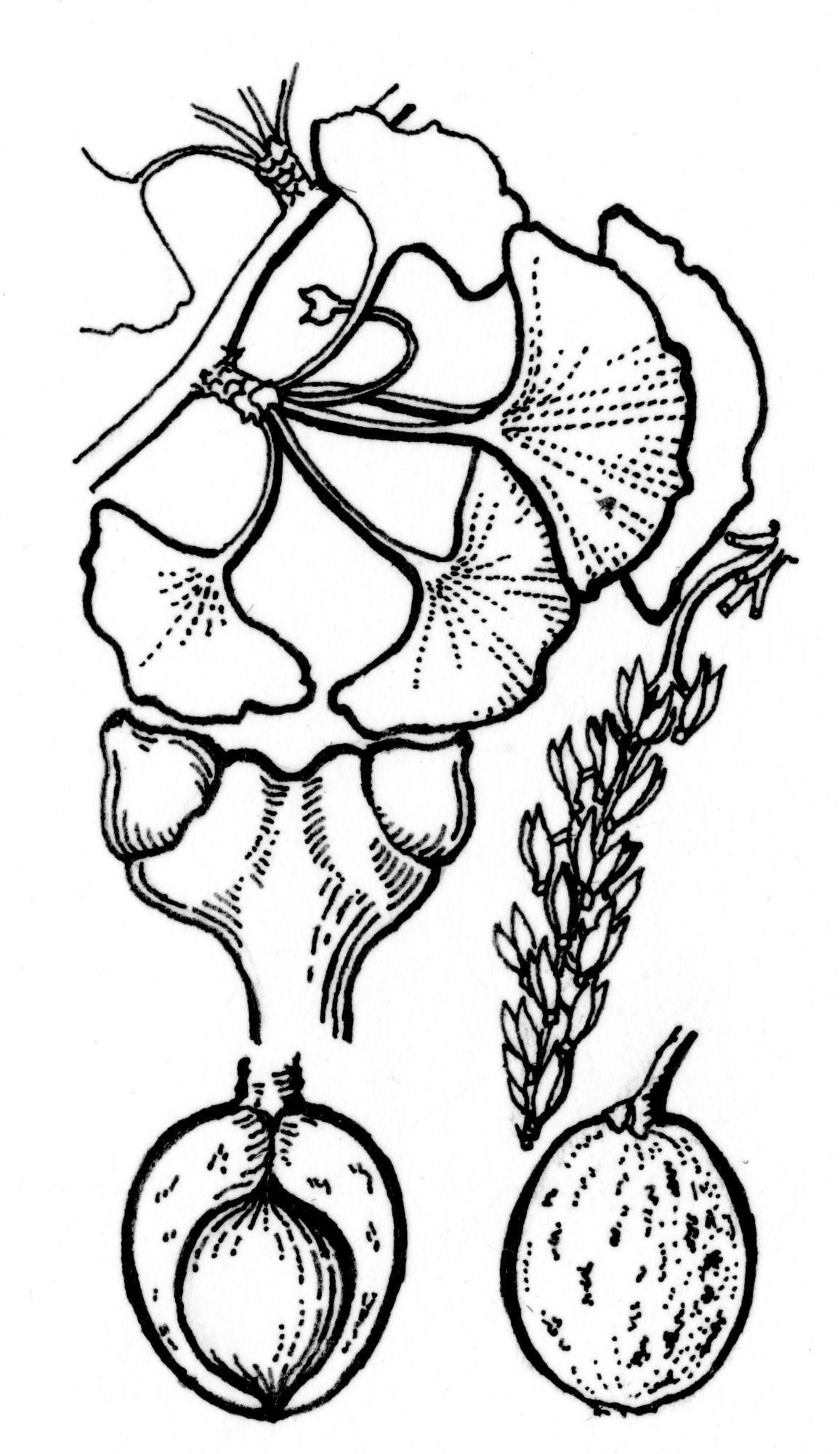