Spreading shrubs or occasionally trees. Leaves simple, entire, alternate, opposite or whorled, often with 2 flask-shaped nectar cavities at the base; stipules small or absent. Flower clusters in terminal or axillary racemes, spikes or heads. Flowers regular or slightly irregular. Calyx of mostly 4 or 5(-8) free sepals. Corolla of 4 or 5(-8) greenish, pink, red or orange petals. Stamens twice the number of the sepals and generally in 2 whorls. Ovary inferior, of 2-5 united carpels and 1 chamber. Fruit mostly a single-seeded ribbed drupe.

Terminalia L., Indian Almond (Tropical Almond), is a popular tree in the tropics, grown as a street tree for the ornamental bark and fruits as well as for other practical uses.

20 genera with about 500 species from mostly tropical and subtropical regions, especially Africa. Australia has 4 genera and about 36 species.

Terminalia species are a source of timber, tannins and edible seeds.

The base of the leaf blade often has a pair of conspicuous glands.

Key to the genera of Combretaceae 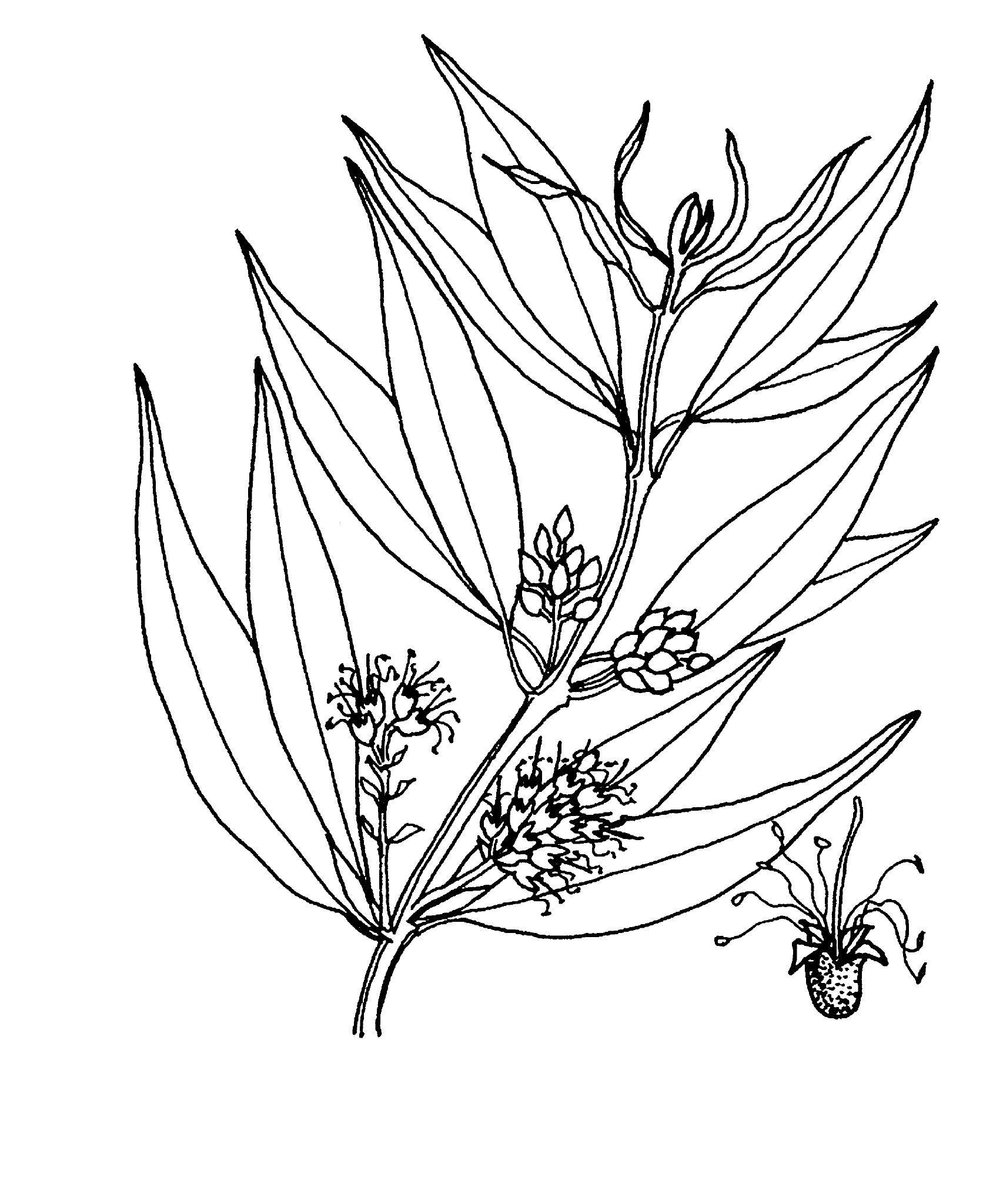