The sensitive column that snaps closed on visiting insects is an unusual pollination mechanism.

One of the petals (labellum) is smaller than the others; style and stamens fused to form a column.

6 genera with about 150 species from Australia, New Zealand, SE Asia and Chile. In Australia there are 4 genera and about 120 species with a centre of distribution in SW WA. 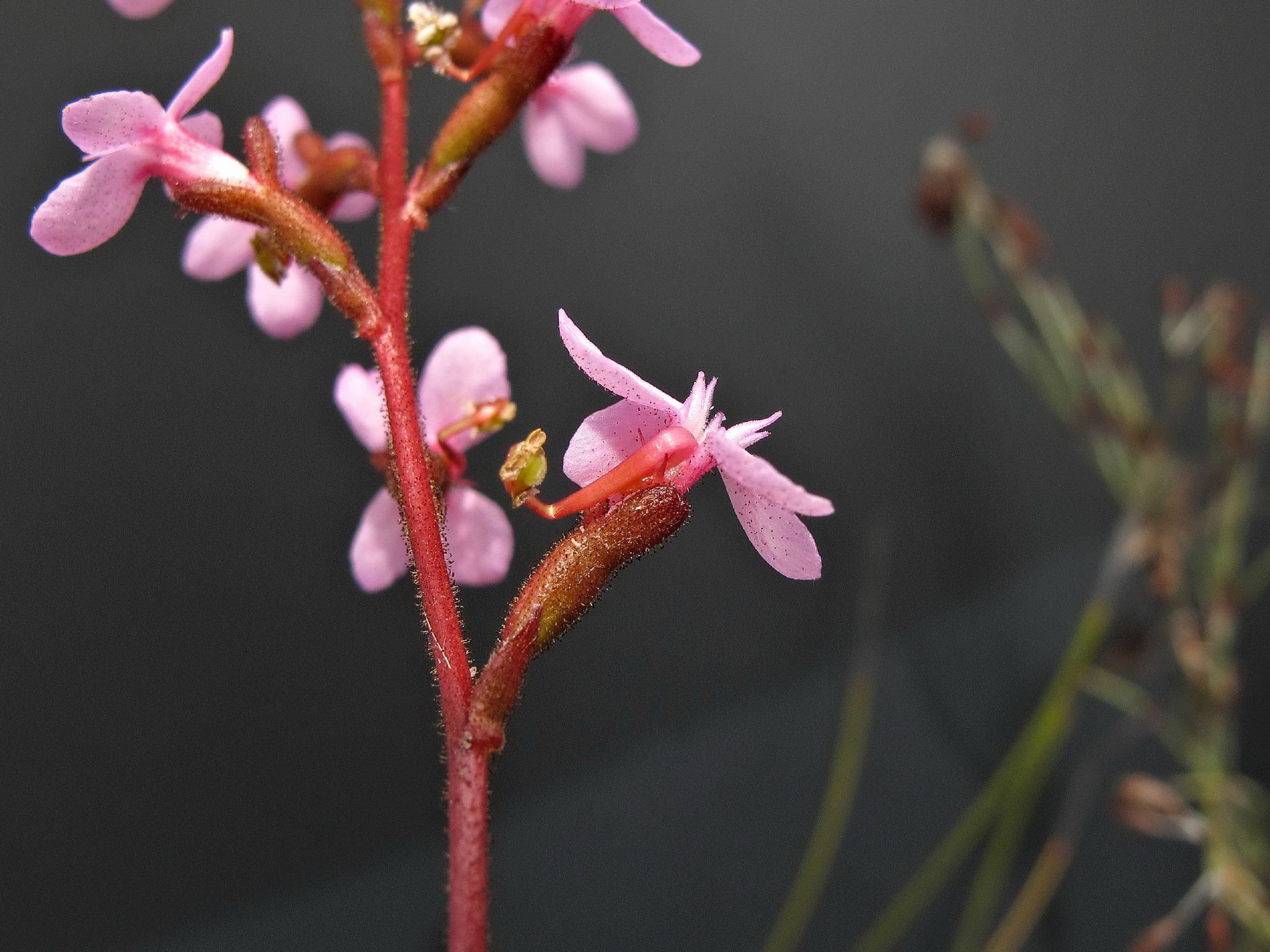