Perennial rhizomatous often aromatic herbs. Leaves simple, entire, alternate, large, oblong to broadly elliptic, rolled in bud; veins pinnate; basal sheaths overlapping to form a false stem with a ligule at the junction of leaf and stem. Stems mostly upright and cane-like in dense clumps. Leaves entire, with parallel or pinnate venation, the base partly or completely sheathing the stem. Flower cluster a spike, head or branched, on a leafy or leafless shoot. Flowers zygomorphic, bisexual and with bracts. Calyx and corolla tubular and 3-lobed. Fertile stamen 1, surrounding the style, the connective often forming a crest at the tip of the anther. Sterile stamens 1 or more, one of these large and petal-like forming a lip. Ovary inferior, 1-3 chambered; placentation axile or parietal. Fruit a 3-valved capsule or fleshy, indehiscent and berry-like, containing seeds that often have red arils.

This family sometimes includes the Costaceae.

Amomum compactum Maton, Round Cardamom from Java, is occasionally grown in the tropics as an ornamental or as a substitute for real cardamom.

Division of the rhizomes and tubers.

Rhizomatous herbs with large sheathing leaves that are rolled up in bud; fertile stamen 1, the sterile stamens petal-like.

40 genera and about 1000 species mostly from the tropics of the Old World but a few from the New World and Asia. 6 genera are native to Australia.

Key to the genera of Zingiberaceae 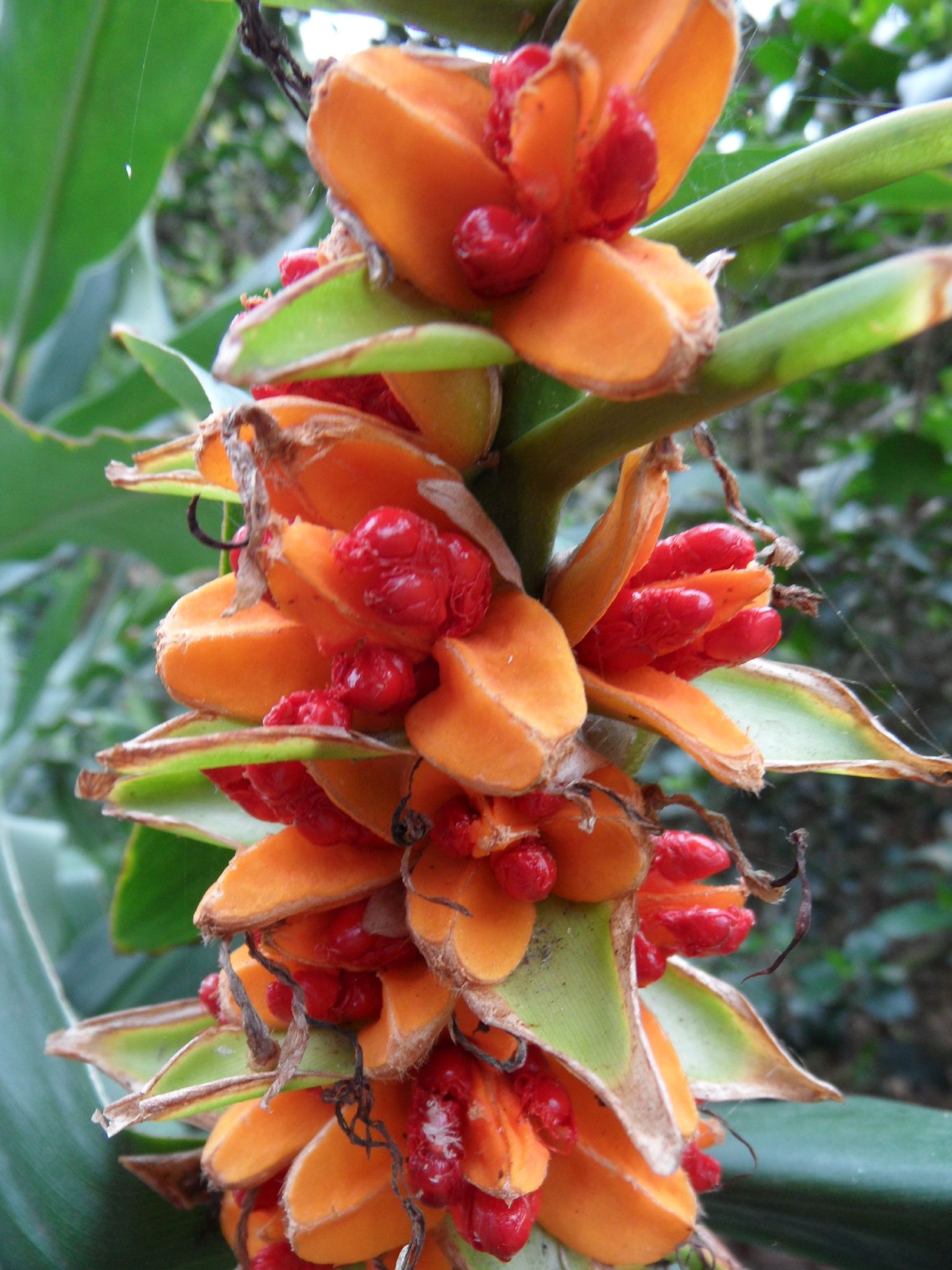